Structural Awards success at the double for HBL Associates 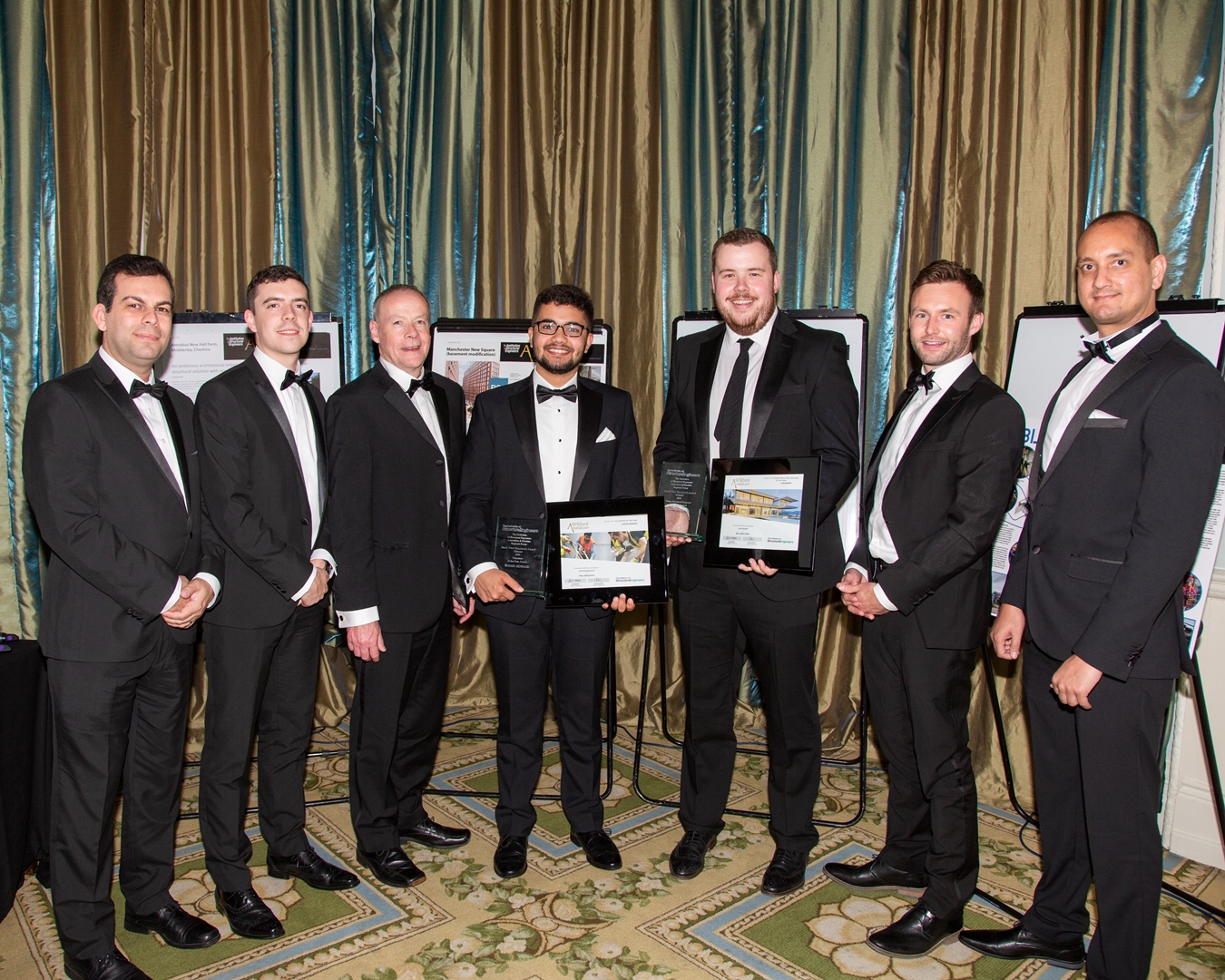 Manchester-based civil and structural engineering consultancy, HBL Associates enjoyed a winning double at the North West Structural Awards in Manchester, with two of its engineers taking Young Structural Engineer and Volunteer of the Year Awards.

The annual awards, held by the Institution of Structural Engineers (IStructE), recognise outstanding structural engineering projects and emerging talent from across the region.

Liam Massey (30) was named Young Structural Engineer of the Year, capping a fine 12 months that has seen him complete his Institution of Civil Engineers (ICE) Chartership, and secure promotion to the position of associate director at HBL.

Liam joined the consultancy straight from school in 2008 as a trainee CAD technician. He continued to work whilst studying part-time at Liverpool John Moores University and achieved a first-class MEng degree in 2015, whilst also gaining the IStructE student of the year prize. Now a key member of HBL’s management team, Liam is integral to the company’s commercial success, generating and overseeing new projects and running the technical department. 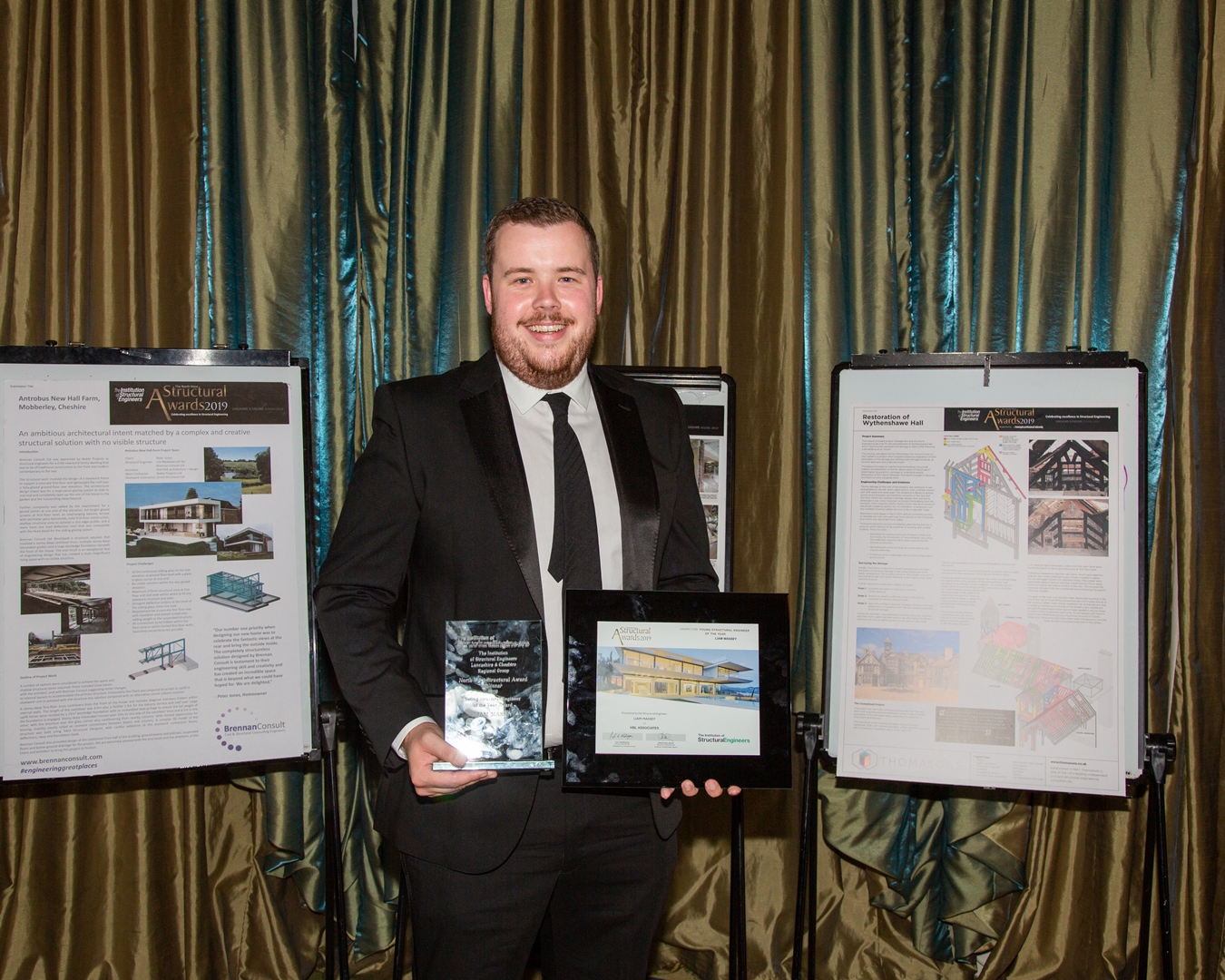 Husain Bensaud (23), who took the Volunteer of the Year Award, is a more recent recruit to HBL. A graduate in BEng (Hons) Civil Engineering at the University of Manchester, he joined as a graduate engineer intern last September and has continued to work part-time whilst remaining on track to secure an MSc in Structural Engineering at the University of Salford this Autumn.

As well as demonstrating outstanding academic success, Husain is already actively involved in the North West’s professional engineering community. He is vice chair of the Institution of Structural Engineers (IStructE) Lancashire and Cheshire Young Members Group and a volunteer structural engineer with Engineers for Overseas Development North West (EFOD-NW). He produced drawings for this charity’s Coffee Processing Plant project in Uganda in 2018 and took on a more leading role in the first half of 2019 carrying out design work for the project. 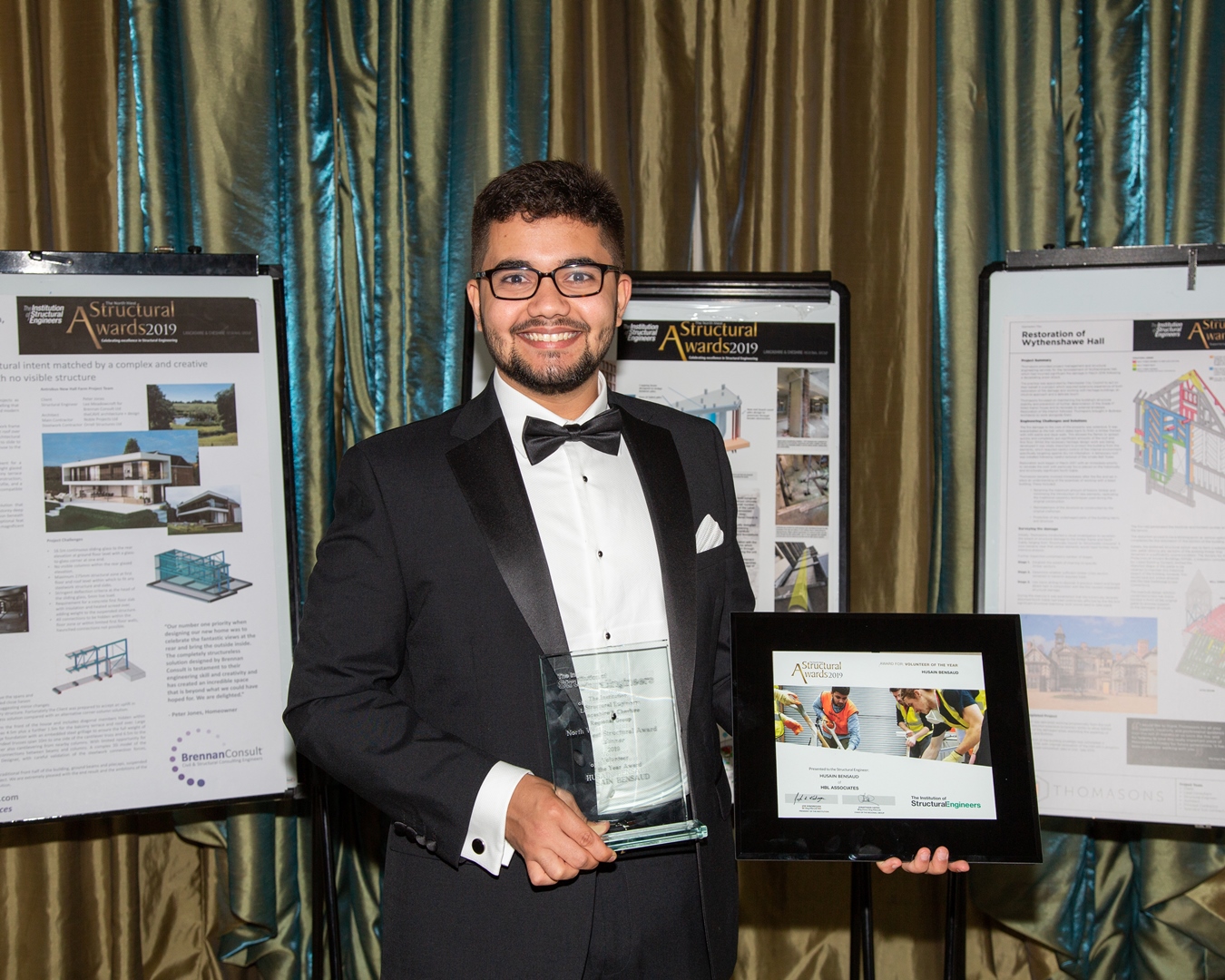 Speaking at the awards ceremony at the Midland Hotel in Manchester, HBL Director, Henry Long commented: “Our company’s ongoing success has been largely built on identifying good young students and graduates and encouraging their rapid professional development within our organisation.

“We are very proud of the way Liam and Husain have combined their academic studies with important day to day contributions to the business, as well as voluntary commitments that benefit the wider engineering community. I am delighted that their efforts have been rewarded with this prestigious industry recognition.” 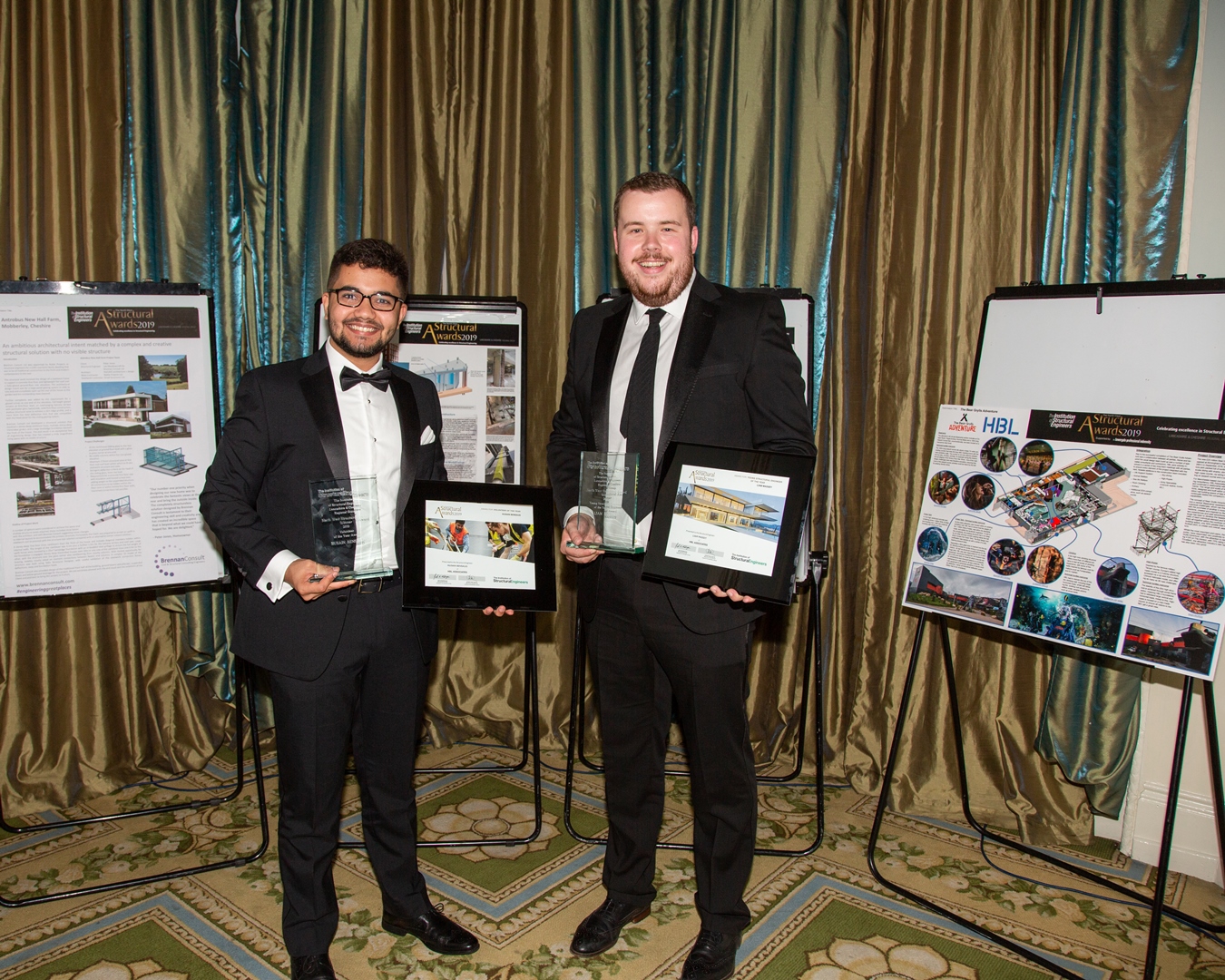